Among many (many) other things, 2020 has been the year of online petitions with millions of people across the world filling in email boxes and passing captchas for social justice and environmental protection.

Petitions are a great way to become involved in the decision-making process of your region or your country – or in some cases globally. But how do online petitions actually work? Can we track their impact? Are they even binding for policymakers?

Let’s unpack all that.

Disclaimer: this is going to get very western-centric (just like this post on Green Deals) because I know most of you come from Europe and North America. That being said, I’d love to know how petitioning looks like in your country, so let us know in the comments!

What is the right to petition?

In the political/legal space, there’s this thing called the right to petition that you can see as an extension of your freedom of expression and as a way to defend your other rights.

The right to petition is becoming more known thanks to online petitions, but on paper, only some countries and regions accept this right as such, which makes it a huge privilege. For example, in the US your right to petition is protected by the First Amendment and in the European Union, it’s included in the Charter of Fundamental Rights of the EU.

The goal of petitions is to help you get involved as a citizen in the decision-making process and to allow you to interact with your government (or other institutions, specific policymakers, or even the heads of certain companies). This is called direct democracy and it’s a very exciting topic for another post.

Now, these direct democracy mechanisms are at a proto-stage, so they have many gaps and a lot of evolving to do, but they do exist – there are even some places in the world that guarantee the right to petition but don’t give any tools for citizens to use it. And actually, the local versions of petitions tend to be way more developed than the large-scale initiatives. This is because it’s way easier to raise awareness and contact your local representative to act on a smaller and specific matter than mobilizing the legislators of a whole country.

The right to petition in the EU

If you’re a EU citizen or a resident in a member state, you have the right to propose legislation and make petitions, so keep reading.

We have the PETI (European Parliament Committee on Petitions). It is a permanent Committee with its own online portal that makes it simple for your to approach the EU Parliament with your petitions on any topic ranging from environmental protection to justice or human rights issues, economy or EU governance. Every year more than 1,000 petitions are submitted and you can also support any petition that has already been published just by registering on their portal.

In theory, if your petition gets enough support the EU or your national legislators are obliged to consider it.

There’s another mechanism called ICE (not what my fellow Americans are thinking about, but the European Citizens’ Initiative) which allows citizens to propose their own legislation on the topics they find important. This is harder to pull off because you need at least a million people backing you up but still a great way to get involved. Since 2012, 76 citizen initiatives have been submitted and 5 have been successful.

The right to petition in the US

In the case of the US, each state has different modalities of direct democracy and petitioning – you can find yours here.

On a federal level, you have We the People, founded in 2011 by the Obama Administration. This platform was taken down in 2017 for maintenance, restored in 2018 and gone again on early 2021. So probably that’s something to keep on your radar 👀.

You can also propose legislation on the federal level in the form of a national initiative, but as far as I know, this isn’t very common and there are no active initiatives right now. This proposal called National Citizens Initiative for Democracy wants to change that and make citizen initiatives a reality.

This is probably the part that you were waiting for: those petitions that we get so sign regardless of where we live thanks to platforms like Change or Care2.

I am a firm believer in the power of these platforms, but they’re not perfect just yet:

Online petitions are also under fire, criticized by citizens and activists as an empty way of showing allegiance to a cause. Maybe you’ve heard of performative activism or even of slacktivism, meaningless advocacy that just serves to clean our conscience and show that we care – even if we really don’t.

But this doesn’t mean that you shouldn’t sign online petitions.

Truth is that these platforms have an incredibly large reach (just change.org has more than 200 million users) and there’s zero doubt they can have some kind of impact, even just to start conversations, raise awareness and put pressure on the ones responsible to change the situation. The important thing here is being mindful and coherent and make sure you back up your signature with your actions.

Signing a petition can be the beginning of a social movement or the start of your involvement in certain issues, but don’t ever forget to hold yourself accountable. 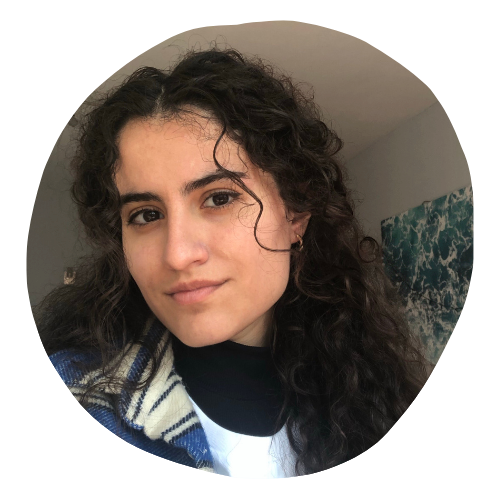